The move to digital is affecting how companies do business, meet clients, and manage their recruitment processes. Many companies are turning to online marketplaces as a way to manage some of these processes and move their business online without having to manage too much technological input or employ developers.  Knowde believes itself to be the world’s first digital marketplace built specifically for chemicals, polymers and ingredients. Here are points we found noteworthy:

The chemical industry has been slow to join the digital bandwagon 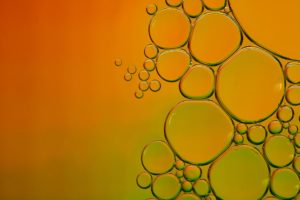 Over the last 20 years, there has been very little digital development in the chemical industry. There were a few companies such as ChemPoint that were working on the basis that the chemical industry would move online sooner or later, but progress has been slow. The market is also extremely fragmented. This has made it a tempting option for marketplace development—but until quite recently there has appeared to be little appetite for change in the industry.

There are signs that there was already some appetite for change when Knowde started operating in early January this year, with some immediate adopters. There is also evidence that buyers wanted a better online experience. However, the pandemic is likely to have accelerated that change. The chemical industry has previously operated largely through sales catalogues and personal visits, including contacts made at events. With those options unavailable, chemical manufacturers are keen to find alternatives that will work in the ‘new world’.

The relatively face-to-face nature of sales in the chemical industry to date means that very few manufacturers have websites that enable e-commerce. Their catalogues are often in pdf form, rather than interactive, and even with the best search engines, their sites are hard to navigate. It is also hard to develop a good e-commerce site rapidly, although some of the bigger manufacturers are working on this. Knowde solves this problem for smaller producers. It enables them to list their products online almost instantly, without having to build their own marketplace or worry about the technological aspect.

Knowde’s aim is to connect chemical producers directly with buyers

Knowde is a genuine marketplace, effectively almost peer-to-peer, albeit on a B2B basis. The founders do not expect to be working with the industry giants like Dow, but they hope that many of the smaller producers will be interested in listing their products on this new marketplace. So far, Knowde operates in three of the ten industry verticals, but hopes to expand to cover all ten by the end of this year. It has already signed up some significant names in the industry, including DuPont and Sasol.

Knowde is a relatively young company, but is showing good results to date

Knowde was only founded in 2017, but it was able to obtain $14 million of Series A funding from Sequoia Capital in its first funding round in April 2020. It is based in San Jose, California, and its CEO and co-founder is Ali Amin-Javaheri. Its estimated annual revenue is around $2 million, and the estimated number of employees is 35. Knowde currently has over 700 ‘stores’ in its marketplace, with more than 100,000 products and 85,000 users.

There is also evidence that Knowde, as a marketplace, is working for its customers

A recent article quotes a story from one of the partners at Sequoia, the venture capital firm that led the funding round earlier this year. He commented that one particular producer had some ‘legacy flavours’ left over from the 1970s. One of these was a Madagascan vanilla that the sales teams had not actively tried to sell for 25 years. However, when it was placed on Knowde, sales went up by over 1,000%. This supports Knowde’s own view that there is a place for e-commerce in the chemical industry.

Knowde’s activity on social media channels includes accounts on Instagram, Twitter, Facebook, Vimeo, YouTube and LinkedIn. Much of the content is very similar across these channels, but it seems reasonable to assume that there is at least some return from this activity. The company’s own blog also suggests that it is keen to learn from other sectors and industries, both B2C and B2B, and encourage its clients to do so too.

Photo by Kai Dahms on Unsplash