If you need a freelancer for a project in your business, the chances are that you will turn to an online marketplace to find one. These sites bring together freelancers and businesses that want to hire them, facilitating both finding a suitable person, and the contracting and work delivery. They also provide protection for both freelancers and businesses by managing the payment process and supporting the resolution of any disputes.

Many businesses are responding to the pandemic by delaying hiring of staff, and drawing on freelancers instead. This means that online marketplaces of this type are becoming more important. Fiverr is a marketplace of this type.

Fiverr’s operation is based on ‘gigs’ set out by freelancers 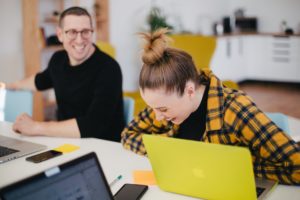 Unlike many freelance websites, Fiverr does not appear to allow businesses to publish projects. Instead, its freelancers advertise ‘gigs’, such as ‘Proofreading and correcting your CV’. The ‘gig’ sets out exactly what the person buying can expect to pay, and the delivery time. It provides options for faster delivery, or more work, and the package can be tailored to meet the buyer’s precise requirements. However, Fiverr’s basic premise is that buyers will always know exactly what they can expect to pay, with no surprises from an hourly rate.

Fiverr has grown significantly since its foundation in 2010

Fiverr’s latest results, for 2019, reported revenue of $107.1 million, an increase of 42% over the previous year. It was forecasting additional growth for 2020 of a further 30%, although it is unclear how this may have been affected by the pandemic. In 2019, the site had 2.4 million active buyers, buying across 300 different categories of ‘gigs’. In the same year, the company also rolled out websites in German and Spanish and completed a successful initial product offering (IPO) on the New York Stock Exchange.

Fiverr makes money through fees charged to freelancers rather than businesses

Unlike some freelance marketplaces that make money from both freelancers and businesses, Fiverr has focused on fees charged to freelancers. Signing up and creating gigs is free, but freelancers pay a flat rate of 20% on all gigs that they sell. This makes for a very simple model, but is also quite a large chunk of money for freelancers to lose on each transaction. This is likely to result in an incentive to move rapidly off the site with any regular clients—a situation that many other freelance marketplaces have tried to avoid.

Fiverr has been criticised for its attitude towards freelancers

Fiverr has received considerable criticism about its attitude to its freelancers. For example, it is very much weighted towards attracting buyers, and to making buyers lives’ better. It has been criticised for its approach of allowing buyers to ask for a full refund, ‘no questions asked’, because of the effect this could have on sellers. It was also forced to change its advertising in 2014 after an outcry when it suggested that many people were paying too much for graphic design. Now, however, sellers set their own prices, which at least theoretically means that they are free to charge full market rates. Both sellers and buyers receive ratings on the site.

Fiverr separates its freelancers into tiers, by level of experience, so that businesses and buyers can easily distinguish between those new to the site, and those who have been there a while. The tier depends on several aspects, including user feedback, completion rate and experience. Fiverr also offers a Pro service with selected freelancers. Buyers can choose to use the Pro service, which includes only selected freelancers who have been vetted and verified. Pro customers also get access to a dedicated customer service team, with a guaranteed response time from Fiverr of just two hours. Fiverr states that just 1% of its freelancers are included in the Pro service, to guarantee the quality of deliverables.

Like many online marketplaces, including freelancer sites, Fiverr offers some basic tools to support engagement between buyer and seller. For example, its contracting and package development system support clear contracting. Its secure messaging enables easy communication without the exchange of email addresses or phone numbers. Financial data are also kept secure, and the site provides automatic payment for freelancers once a job is complete, meaning that freelancers do not have to invoice and chase. However, it lacks the collaboration tools of, for example, Upwork.

Photo by You X Ventures on Unsplash