Facebook Marketplace is becoming attractive to B2B stakeholders too

In a world that is increasingly digital, many companies are turning to marketplaces as a way to reach more customers, manage talent, or source supplies. However, selecting the right marketplace can be a challenge. Some are specific to a particular industry or function. Some, however, are generic, and linked to social media sites, such as LinkedIn’s jobs marketplace.

Facebook Marketplace is the public marketplace linked to one of the biggest social networks in the world.

Facebook Marketplace has grown rapidly since its introduction in 2017

In 2019, Marketplace was used by over 800 million people each month, in 70 countries. It aims to facilitate local buying and selling, by allowing users to browse listings within a particular distance of their location. The only thing Facebook provides is the ability to list a product: there is currently no sales mechanism like eBay’s auction or PayPal, or any facilitation of delivery. However, buyers and sellers can negotiate via Messenger, and they can also see whether they have any mutual friends on the network. In 2019, Facebook announced that it planned to allow businesses to take payment for items via the site or its app, but this is restricted to the US. 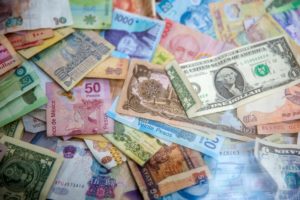 Facebook’s overall revenue in 2019, including from Instagram and Messenger, was $70 billion. This was largely from digital advertising. Facebook does not make money directly from private sales on Marketplace: there is no charge for listing, and sales are private transactions between buyer and seller. Marketplace’s function is mainly to increase revenue by improving tailoring of advertising. Ads can also be used to promote listings, and there are now some charges to businesses to use the site. Marketplace also helps to ensure that users spend more time on the social network.

Marketplace is effectively an extension of the huge number of ‘buy and sell’ groups that exist on Facebook. These are generally privately-owned and set their own rules, which meant that many were selling goods that Facebook did not wish to support (for example, guns). The development of Facebook Marketplace allows Facebook to set rules about what can and cannot be sold, with products such as alcohol and animals prohibited. This protects the company’s reputation.

As originally conceived, Facebook Marketplace was very much a peer-to-peer marketplace, with a focus on buying and selling locally. However, it is now increasingly attracting the attention of businesses. These include estate agencies, with a section on property for sale, tailored according to the viewer’s location. There are reports that globally, vehicle sales are now the most popular on the site.  Brands can upload Store Keeping Units (SKUs) via integrations with other platforms

Brands can now integrate Facebook Marketplace with other platforms such as Shopify by uploading SKUs to Marketplace. The charge for doing so is a 5% commission fee for Facebook, but this is much lower than the 15% charged by Amazon, for example. For many brands, the additional reach is worth the cost. There is also growing recognition that it may be better to use multiple channels rather than relying on a single one—and many smaller sellers have reported problems with Amazon since the start of the pandemic. Facebook Marketplace is often seen as a good option because of the low costs.

Facebook Marketplace is particularly useful for retailers new to digital

One of the main benefits of platforms is their ease of use for retailers without a significant e-commerce presence. They allow these ‘new-to-digital’ retailers to dip their toes in the water without significant costs. It is also easy to test different wording in listings without incurring high costs, which makes these platforms suitable for market research too. However, Marketplace is unlikely to be suitable for big brands—it is far more likely to be useful for SMEs wishing to reach a local audience.

Facebook has plans to significantly expand and extend Marketplace

In 2019, Facebook announced plans to extend Marketplace functionality using AI. The site would, for example, suggest suitable prices based on previous listings of similar products, and enable auto-categorisation of products. Future plans include buyer and seller ratings, and more robust tools for reporting infringements and problems, all of which suggest that Marketplace could become a serious headache for eBay in future.

Photo by Jason Leung on Unsplash