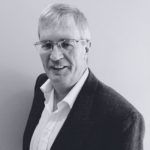 SureFire Excellence works with organisations across the globe to provide rapid, robust and consistent sales and marketing focus. Its co-founder Paul Bevan has considerable experience of converting strategic marketing thinking into targeted sales success. We explore the changing nature of consultative selling and what this means for the widening scope of “enterprise technology” engagements.

Enterprise technology sales is a big topic. At a high level, what changes have you seen recently?
There is less of a gap between sales and service now. Sales people have to be able to go beyond simply providing an introduction and then handing over to technical colleagues. But the real change is in the timing of the sales cycle, which has got much longer, although many people haven’t really acknowledged that. And this is hugely significant. We’re working with one company still using monthly targets when their sales cycle is 6–9 months.

Difficult to get away from the tyranny of quarterly financials. We hear from enterprise customers that they wish vendors will be more aligned to customer issues. What have you seen?
Totally understandable. The real value increasingly lies closer to customers’ business process or product design. But vendors are still working across several verticals with money spread too thinly. They need to focus on doing one or two things really well rather than lots badly. There’s a kind of fear of focusing, because they’re not sure it’s going to work. We’d rather they put some heavy lifting into real capability and then be able to say yes, this is my market.

Are you seeing changes in the buyer/seller balance?
The idea that one side is in control is probably not true anymore. It looks like it’s swung to the buyer, because they have more information, but it’s actually very complex. It’s hard for the end-customer to understand how the various bits fit together and how new technologies are going to solve their problem. For instance, as I see it, what’s holding cloud back at the moment is that vendors don’t understand how it can help their customers. So instead, they’re pushing product, and buyers are falling back on tried and tested negotiation techniques. So the market is not mature enough yet. But actually, even if a company does not have a consumer channel, its challenges are likely to be driven by the end user. So companies have to focus on end to end delivery, and maybe not think in terms of B2B or B2C.

What do you think about the way software as a service is changing the buyer/seller relationship?
Software now can provide huge amounts of data. Some customers, call them DIY ones, choose to use that data themselves to understand and deal with problems. These are usually big or very technology-oriented customers, with the ability and need to manage the data themselves. Others just want someone to take the risk away. And the customer relationship is completely different. With the first type, you’ve got an intimate relationship, you need to understand them in depth, so that you can understand how the technology can help them. That’s quite different from the others, which need automation and almost no relationship. And it doesn’t really matter which you do, either, in terms of profitability. You just have to decide, because you almost can’t do both.

Are there issues with legacy systems holding companies back?
Yes, a lot of companies are working with legacy systems, and asking questions about whether you continue to integrate, or when you ditch the old system. And ditching takes a lot of courage. But there are some really good stories, like newspapers, which have become new media stars, so we can see that having that courage is really essential. There’s  a divide between new companies who can just launch straight into new technology, and established companies who have to think about how it relates to their existing systems, and it could be holding the old companies back. Taking that brave step is crucial.

We’ve heard a lot about social media. How have you seen it impact enterprise technology engagements?
In all honesty, only marginally. Most technology companies are very sales-oriented, and want to go straight to a lead, whereas social media is about building trust and confidence. Those who have tried social media campaigns have often kept them separate. I think right now there is still too much short-termism in the mainstream technology sector for proper social media work.

Is there an optimal size of company you work with?
Scale is relevant, but it also depends on the market, and whether the company is well-established. Smaller companies and start-ups need cash now. They don’t have time to wait and do a segmentation analysis, they want to jump right in and start generating leads. So the companies who work best with us tend to be a bit bigger or more established.