What is a kanban system?

At its simplest, a kanban system is a series of a limited number of cards that are used to ‘pull’ something into the system only when there is capacity to deal with it. In manufacturing, it’s a system that means that only the product which is needed is made, at each stage of the process. It supports ‘just in time’ manufacturing, in that it is demand that drives business, not supply. It doesn’t matter how many widgets your factory could make, with kanban, you only make those that are needed at each stage.

But there are other examples in other areas. Car parks, for instance. You know that token you get on entry, that you put into a machine at the end which demands payment, and which then opens the exit gate for you? A kanban. If there is a token (or kanban) for every space in the car park, there is no way that you can get into the car park until there is a space. When the car park is full, all the tokens will have been issued. Not until one has been dropped back into the exit gate can it be re-issued. It doesn’t matter how many cars are queuing outside, the system is driven by capacity, not supply of potential customers. 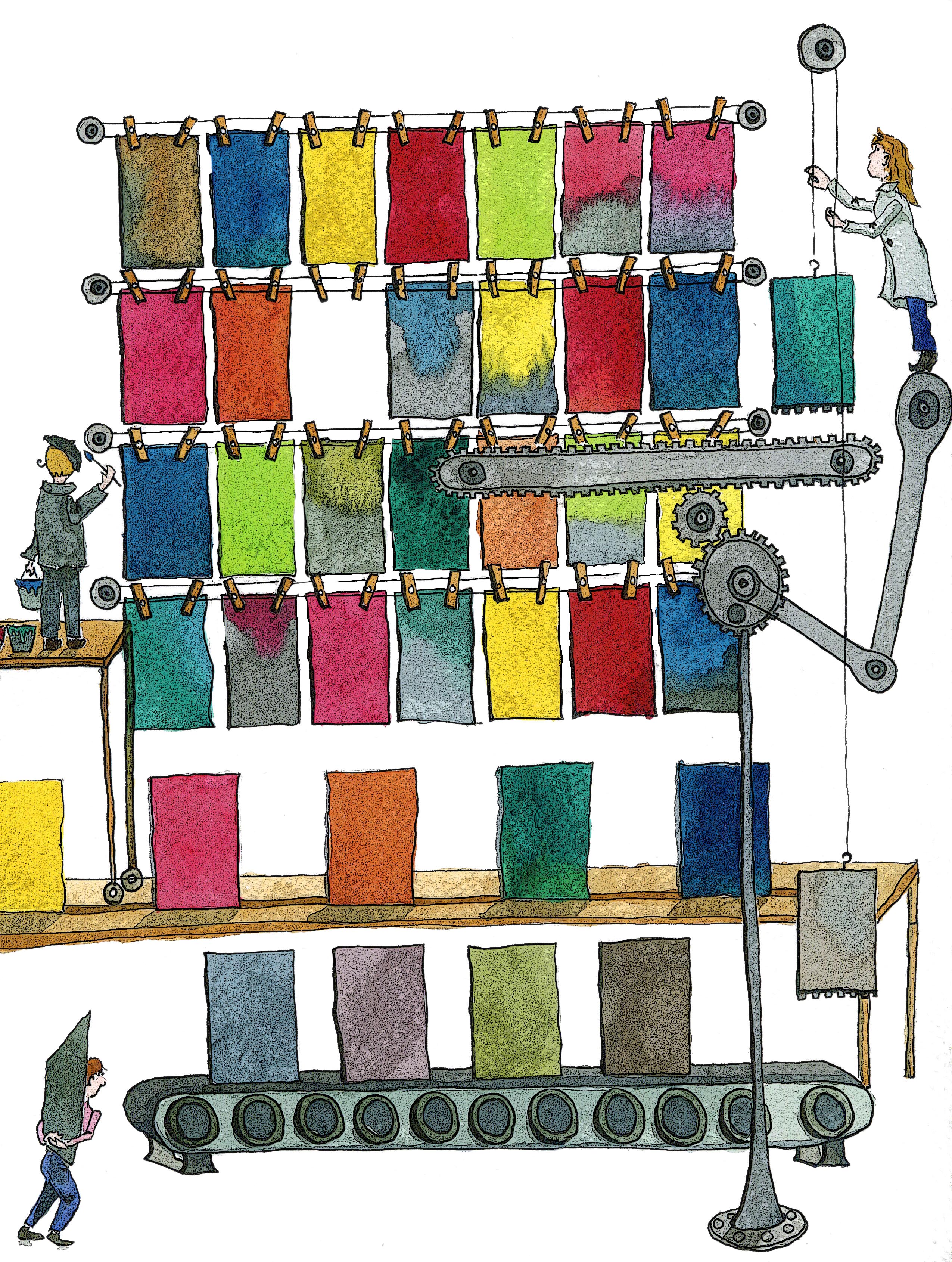 Kanban used in change and development

But all these are very much physical systems. Surely kanban does not have a place in what we might describe as ‘intellectual’ work? There are several authors who have argued that it does.

Jim Benson and Tonianne DeMaria Barry, in their 2011 book ‘Personal Kanban’, describe how using a kanban system can help each of us to become more effective. They argue that by limiting our personal ‘work in progress’ we are better able to complete what we have started. And this idea works for both individuals and teams. The first step is to visualise work. Business 901, which exists to apply lean systems to marketing, argues that the simplest way to do this is through a board with three sections: To Do, Doing, and Done. However, it is the next step which is critical to applying kanban: you then need to limit ‘Doing’ or ‘work in progress’, to use Benson and DeMaria Barry’s term, to a certain number of tasks. These must be complete before you can ‘pull’ another task in from the ‘To Do’ list. It sounds simple, but it can be life-changing in terms of allowing individuals and teams to plan their work in a coherent and logical flow, making choices about priorities.

Another author who has developed and applied the use of kanban systems is David Anderson. In his 2010 book ‘Kanban’, he describes the development of Kanban as a methodology of “evolutionary, incremental process improvement”. He describes how he developed the ideas of Kanban in response to complaints from his managers that he was always saying ‘no’ when asked if his team could take on more work. He recognised that he had to find a way by which the members of the team could still ‘have a life’ but also respond to work requests and prioritise their activity. Of course it took a lot more thinking, but that was the start of Kanban. A Kanban implementation has five key processes or stages:

Possible models in the final step include the Theory of Constraints, which holds that a system is usually held back by a small number of constraints, and that management focus is likely to be on solving the key constraints or bottlenecks. However, once solved, there will be other constraints that are then acting as the bottleneck and it is on these that management should then focus its attention.

The key factor that is unique is that kanban systems are not prescriptive. They are tools to improve processes, rather than processes in themselves. So that places the power to improve systems and processes firmly into the hands of those who know the processes. Every process, every team, is unique, and this way of thinking enables them to find their own unique solution for continuous development.