Food security was defined at the World Food Summit in 1996 as a state in which everyone, at all times, has “physical and economic access to sufficient, safe and nutritious food that meets their dietary needs and food preferences for an active and healthy life”.

This sounds simple, but in 2020, over 800 million people in the world were considered to be experiencing chronic food insecurity. A brief from the United Nations in June 2020 suggested that the pandemic could significantly worsen the situation. The real question, therefore, is how this situation can be improved. In particular, how can analytics be used to improve food security globally, nationally, regionally and locally?

The Economist Intelligence Unit’s Global Food Security Index, published annually since 2012, assesses 18 separate parameters contributing to food security. It demonstrates conclusively that imports are far more important to food security than the size of the agriculture sector in any given country. This is vital intelligence for policy makers, suggesting that richer countries are ‘winning’ the food security race at the expense of poorer nations.

The Cities and Food Security Ranking from Wageningen University and Research ranks 850 cities around the world on food security. It considers multiple dimensions of food security, and throws up some interesting and perhaps unexpected differences across and between countries and continents. In the UK, for example, London scores lower than Manchester. These differences may highlight areas for action.

AI can be used to improve genetic selection of crop features

AI can be used to develop ‘ideal’ crops, by examining and bringing together data on aspects like yield, disease resistance, nutritional content, and growing conditions. Algorithms can scan significantly more data than any human could manage, and therefore speed up the development of improved plant varieties.

It is now possible to use drone or satellite footage, coupled with machine learning image processing analytics in the cloud to detect plant diseases and target pesticides on a much larger scale than traditional visual surveys. Trials are underway in Malaysia to detect rice diseases such as bacterial leaf blight. If commercialised, farmers will only require use of a drone, and a mobile application, making the system relatively cheap to operate.

As well as detecting plant diseases or pests, AI and analytics can also be useful in distributing pesticides and herbicides. This means that farmers themselves no longer need to be exposed to potentially harmful chemicals. It also improves the targeting of chemicals, reducing the development of resistance. 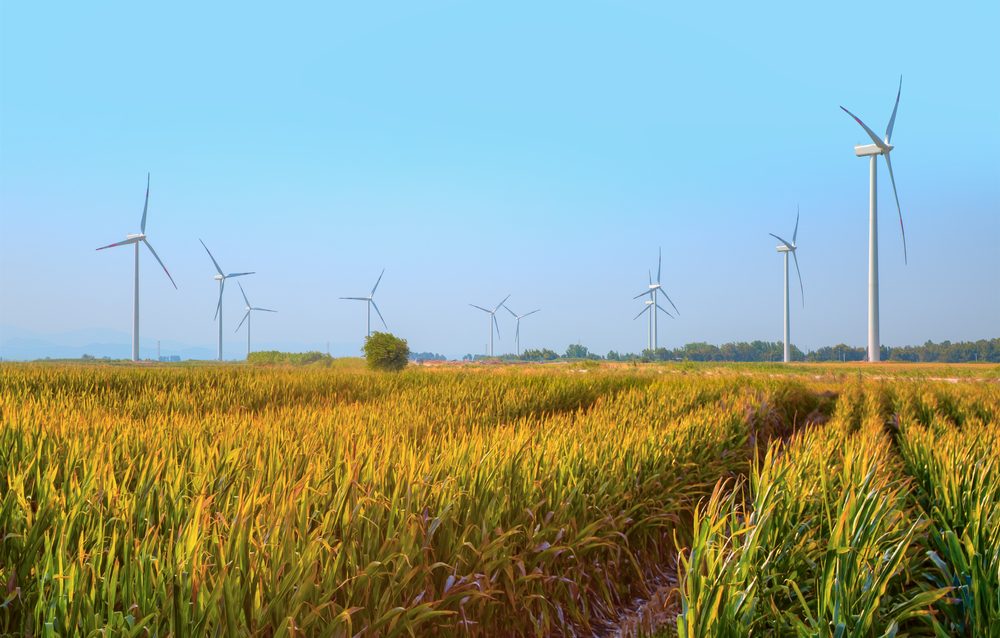 On a global level, analytics can be used to predict large-scale events that might damage crops

A system known as Nutrition Early Warning System, from the International Center for Tropical Agriculture (CIAT), uses machine learning algorithms and huge volumes of data to predict large-scale events such as droughts or major price changes. This means farmers can avoid planting crops that will be vulnerable, and therefore avoid losses.

Analytics are also being used to improve use of water

The UN Food and Agriculture Organisation’s (FAO) WaPOR project monitors water in the near East and Africa regions. It uses open-source technology to gather large amounts of data, then analyses these data in real-time to determine the best use of water across crops and regions, reducing waste.

We can, and should, broaden the use of big data and analytics

Back in 2015, a paper in Procedia Engineering suggested that it was important to broaden the use of analytics in agriculture. Far from focusing narrowly on specific areas like imaging, genetics or sensors, it is crucial to use analytics in a more coordinated way. By looking at larger volumes of data including meteorological, sensor, image and genetic information, it is possible to identify trends in several areas, and move towards more coordinated and complete ways of improving yields.

New models of farming include vertical indoor farming, with algorithms used to determine the ideal nutrient input to maximise output. AI-driven indoor farms appear to produce significantly more food per acre than traditional methods, with lower use of water. However, they also have high energy demands—though perhaps in future AI may find ways to reduce that, too…