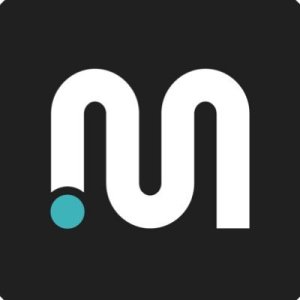 We’ve written before about the potential for wearable technologies to transform healthcare, but somehow it all seems a bit far in the future. There’s at least one team out there, though, who refuse to believe that the technology is too new to be usable now. Over the last four years, musician Imogen Heap has been working with a team of scientists and engineers to create a glove that can detect hand movements, and turn them into sound. Having created the gloves, and demonstrated that they work by producing a song using them, Imogen and the team have now embarked on a Kickstarter campaign. This is aimed at raising enough money to turn these incredible gloves into a more accessible and open source design, so that others can also have access to the technology.

Imogen Heap started to think about wearable technology as a way of interacting more with the music that she was creating. She wanted to use her body, rather than a computer, to generate and control the sounds that she made, and direct their location in the room. And as a performance system, it has a lot of merit: who wouldn’t rather watch someone moving or dancing to create music than sitting at a laptop pushing buttons?

The gloves contain sensors that detect the movement and position of the wearer’s hands. When Heap appeared on the television programme Dara O’Briain’s Science Club, it was explained that these include gyroscopes, accelerometers and bend sensors, so that every movement is mapped. The gloves can track the hand’s orientation, the flex of the fingers, the hand posture, for example, whether it is open or in a fist, or whether the wearer is pointing one or more fingers, the direction of movement of the hand, including up, down, left, right, forwards and backwards, and also detect sharp movements such as drum beating. There is a board on the wrist of the glove that transmits this movement information wirelessly to a computer.

The second part of the equation is the way that the computer is programmed to respond to particular movements. The team has developed software that maps glove data to musical control signals. This can then control other software that produces music or other sounds such as speech. You can programme the computer to make almost any sound in response to almost any movement: the team claims that there are literally thousands of controls that can be mapped within any one pair of gloves.

The potential outside music

So far so good, but you may be thinking that this is entirely a performance system. Well, yes, at the moment, that would probably be true, but new backers are entering the arena via the Kickstarter campaign. The potential for other uses is growing as these new players explore the territory and see what’s possible. And Imogen Heap’s team also has plenty of ideas about how the gloves could be used outside the area of music and performance, and is starting to engage with potential user communities to explore whether they agree with the team’s initial analysis.

One possible example is the use of the gloves to ‘translate’ sign language into sound. This clearly has potential to revolutionise communications between deaf and hearing people, without the need for hearing people to understand sign language. And one early backer has already used the glove to trigger the Village People song, YMCA using American Sign Language. It may only be a bit of fun right now, but it does show the potential of the technology.

Other possible uses identified by the team include the use of the gloves by doctors during training, perhaps to have audio cues guide their hands during an examination or while learning about new surgical techniques. Gamers might also be interested, especially if it proves possible to link the gloves to virtual reality goggles, as it would make virtual reality experiences more immersive with a significant tactile element.

Imogen Heap’s Kickstarter campaign ends on 3rd May, and at the time of writing it had raised just over half of its desired £200,000, from 565 backers. We wait with interest to see what the next steps will be from this team, but one thing’s for sure, these gloves have huge potential, and not just in creating amazing music. We certainly don’t think we’ve heard the last of them by any means.