Ten takeaways from the e-Health TrendBarometer

HIMSS Analytics looks at the adoption and use of healthcare IT in Europe. We assessed its recent findings to understand rate of e-health adoption. Here are key takeaways for change agents within healthcare:

Use of AI in healthcare is very limited at present

Over 50% of software vendors were planning to launch new AI products for the healthcare market, and the vast majority (over 75%) within the next two years. However, only 25% of healthcare providers planned to purchase AI tools within that period. This suggests that the market may be at risk becoming saturated long before providers are ready to buy, which may cause development to stagnate later.

Planned AI purchases were not necessarily supported by funding

Of those planning to use AI tools, 32% planned to do so within a year, and a further 37% within 2 years. However, when asked whether their organisation provided enough budget for AI tools, two thirds said ‘no’. There is an argument that nobody ever feels that they have enough budget, but this nevertheless indicates that ‘plans’ may not have budgetary support. This, in turn, suggests that the market may not take off in quite the way that vendors hope.

There is generally a reasonable balance between supply and demand—but which is the driver?

Overall, there is similarity between the AI tools that healthcare providers are using or planning to buy, and what is available or in the pipeline. There is, however, a question about whether customer needs are driving software development, or reflecting what is available. After all, healthcare professionals have little time to spare thinking about what might be possible with AI, and are reliant on vendors to suggest ideas. Might vendors’ innovation processes benefit from a little co-creation and design thinking?

Healthcare professionals were most likely to expect the benefits from AI to focus on improving the quality of care, and of medical decision-making. Vendors, however, were more likely to suggest that the benefits would be from reducing both costs and medical errors. This is a fairly fundamental mismatch in expectations, and again, suggests that perhaps a little more user involvement in design processes might be beneficial.

Healthcare professionals say the biggest challenge is lack of maturity of AI products, but software vendors believe the problem lies in lack of trust among healthcare professionals, and lack of good quality data on which to train models. In other words, both sides are blaming each other for the slow uptake of AI tools in healthcare, which does not bode well. 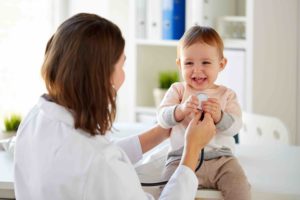 Nobody is worrying about patients’ perspectives

Interestingly, nobody—vendors, healthcare providers or government agencies—thinks that patient acceptance of AI tools will be a problem. Perhaps we had all better hope that this optimism is founded on evidence, and not just a lack of awareness and/or research, because patients’ refusal to engage could result in serious wastage.

The most-used words in response to a question about the likely benefits of AI were ‘better’, ‘quality’, ‘support’ and ‘data’, suggesting that there is huge optimism that AI will help to deliver improvements in quality. These are expected to include diagnostics, individualised and personalised care, and better decision-making.

Despite being optimistic, healthcare providers recognise that the benefits of AI could take years to deliver